Are you ready for “Ant-Man“? Our sneak peek of the next evolution of Super Hero movies begins this weekend at Disney California Adventure park. Starting today, head over to the Bug’s Life Theater for an advance look at scenes from the upcoming adventure film, “Ant-Man,” presented in 3D with special in-theater effects and a display of the original Ant-Man suit from the film. 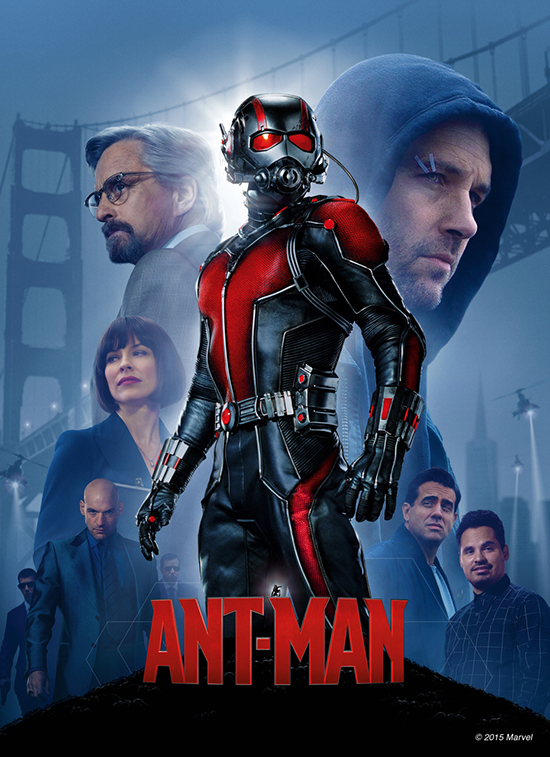 “Ant-Man,” directed by Peyton Reed and starring Paul Rudd as Scott Lang/Ant-Man and Michael Douglas as Dr. Hank Pym, introduces us to a hero armed with the astonishing ability to shrink in scale but increase in strength. Master thief Scott Lang must embrace his inner hero and help his mentor, Dr. Hank Pym, protect the secret behind his spectacular Ant-Man suit from a new generation of towering threats. Against seemingly insurmountable obstacles, Pym and Lang must plan and pull off a heist that will save the world.