Not only have I been to some great Annual Passholder parties, but I've gotten some pretty cool swag to like a LE 25th Anniversary Splash Mountain poster. A free pair of "Glow With The Show" ears, and much more. Disney is finding ways to make being an AP even "Happier." A new way to show their appreciation (with a hidden agenda of course) is by having an annual after hours party for AP's who’s passes expire within a certain time. The next event will happen Sept 2nd at California Adventures in Disneyland. If your Disneyland Annual Passport expires between October 1 and December 5th, 2014, you should have received an invite like this in the mail. Unfortunately some people online have said they've never received their invites. Not to worry. You can still register until August 30 or while space is available by going to www.Disneyland.com/event

The focus of these parties are to target the AP's whos passes are about to expire. Throughout the park during these parties you will find Annual Passport kiosks to renew your AP right there or get more information about pricing and monthly payment info.

AP's that are eligible to registers with the expirations dates between the required dates, can invite 5 other AP's no matter when their passports expire but they must have their 18-20 digit AP number, birthdates, and email address to register them. Once this is done you cannot go back to add more people.

What’s so great is that every party has a theme. The last one I attended in May was a "Get Ready For Summer" theme. Us AP's had DCA all to ourselves for 4 hours, special rare character meet and greets, a few special menu item, the water around Paradise Pier lit up like the American flag, and a surprise gift when we left. A pair of sunglasses with Disneyland Annual Passport written on the sides and a small bottle of sunscreen for those hot California summer days. The next upcoming AP party has a "Throw Back" theme. AP's are encouraged to wear clothes from either the Dapper 40's through the Moonwalking 80's. I expect the same suprises as the last party but added to the bill an 80's rock band that will be playing in Paradise Pier, and a 40's dance party with a live swing band. Luckily my sister has invited me to this awesome shindig so I will be posting updates throughout the night. Thanx sis!

I hope everyone had a great summer. See Ya Real Soon. 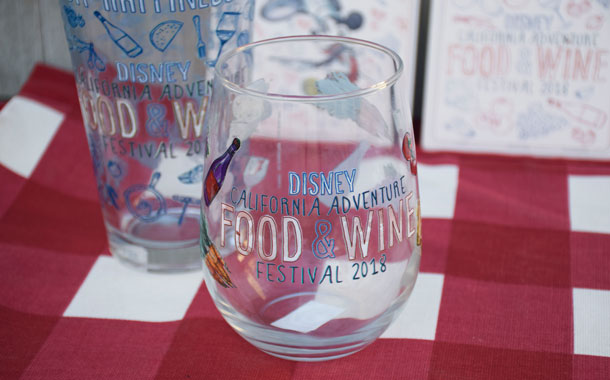