Banshees have flown off the shelves at Pandora — the World of Avatar, the new land at Disney’s Animal Kingdom. Windtraders, the souvenir shop inside Pandora, has sold out of the toys, Walt Disney World officials confirmed.

The little banshees “are temporarily unavailable. We expect them to fly back very soon,” a Disney World spokesman said via email Tuesday.

Pandora’s popularity was clear when the new land opened to the public May 27. An hours-long line to get into Windtraders formed that day, when one-day-only items were among the offerings of distinct merchandise that Disney has developed. Long lines also formed that day at Flight of Passage and Pandora’s other showcase ride, Na’vi River Journey, as well as to get into the land at all.

The toys, which sell for $49.95, were only for sale in the Rookery area of the store. The banshees are designed to sit on the shoulders of their owners, who can control the mechanical toys’ head movements, sounds and flapping of wings. They were available in 10 color combinations.

The figures are based on a much larger version of the winged predator in the 2009 film “Avatar.” They were represented as loyal companions of the Na’vi, blue-skinned humanoids who inhabit the planet of Pandora. The beasts are prominent in the theme park’s new Flight of Passage ride, which simulates a ride aboard a banshee.

Banshee options include a blue, attachable tail and the ability to for a parkgoer to turn his or her image into a customized 10-inch action figure that looks like one of the Na’vi. Disney MaxPass to Debut July 19 at the Disneyland Resort 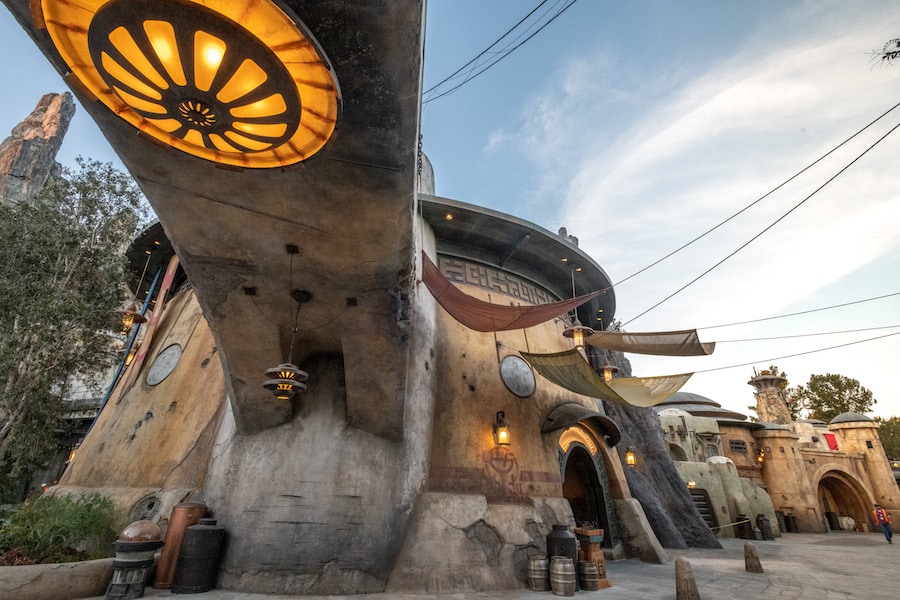