Disney Springs tastes a little different than its earlier life as Downtown Disney.

Diners can still find their basic favorites such as cheeseburgers and hot dogs, but they can also tuck in to a rack of lamb at steakhouse STK, treat themselves to caviar from the raw bar at The Boathouse, or indulge in champagne and macarons from artisanal bakery Amorette's Patisserie.

Celebrity chefs previously most recognizable through television shows have set up eateries as well.

Elevating the dining options always was part of the plan eight years in the making, said Maribeth Bisienere, senior vice president of Disney Springs. The evolution in food and beverages has had a significant impact on the dining options at the complex west of Orlando.

"People have changed," Bisienere said. "They love to have a wide array of new experiences and test their palates."

Visitors will find a smorgasbord of gourmet food options, but the revitalization extends not only to restaurant options but also to entertainment and shopping.

This isn't the first time the area has been revamped. It first opened in 1975 as Lake Buena Vista Shopping Village and was renamed several more times before settling as Downtown Disney in 1997.

When the company started dreaming up the newest iteration of the complex, the creative team as well as employees in their operations and business departments were pulled in to design Disney Springs.

Choosing the current eateries came down to watching food and beverage trends, thinking about different cuisines and finding options that fit within their own story line.

Disney Springs is divided into neighborhoods, each with its own feel and narrative. The Landing (formerly Pleasure Island) and Town Center (formerly a parking lot) have received the bulk of the renovation so far.

The Landing needed restaurants that took advantage of the scenic "springs" as well as the larger lake, says Bisienere. In went Homecoming Kitchen, a Florida-focused eatery by chef Art Smith, and The Boathouse, a fine-dining restaurant centered on seafood.

Town Center is a more shopping-focused area, so the mainly quick-service eateries are spread out. D-Luxe Burger, home of gelato milkshakes and big burgers, and Blaze Fast-Fire'd Pizza call the section home.

"As you traverse across Disney Springs, you continue to have new discoveries and new experiences," Bisienere said.

That experience extends to a lineup of celebrity chefs — "around the spring with James Beard," as described by Smith in an interview just before last month's opening of his restaurant, officially known as Homecoming Florida Kitchen Southern Shine.

"Disney has spent so much money to take a place that people have enjoyed and partied in for years, but what they've done, they've taken it and given it a sense of place," said Smith, a Florida native and two-time winner of the James Beard Foundation award.

The Disney Springs ranks also include Iron Chef Masaharu Morimoto with his restaurant, Morimoto Asia, as well as Food Network star and pastry chef Candace Smith with her cupcakery, Sprinkles.

"It's so interesting to me that you get a chance to touch a really broad cross section" of the world, said Bayless, who is considered an expert in traditional Mexican cuisine.

"Disney is very much about protecting their own guests and making sure their experience is great, in a way that I don't typically work with in our places here in Chicago," said the six-time winner of the James Beard foundation award. Bayless' operations are based in Chicago.

Everything from the building materials to the menu itself is approved by Disney. Frontera's offerings are very safe, Bayless said, catering to a variety of tastes.

"But it really does offer at its heart what we are so well known for," Bayless said.

More restaurants are in the works, Bisienere said, with the Polite Pig by Ravenous Pig owners James and Julie Petrakis planned for the Town Center neighborhood in spring.

Disney Springs has evolved significantly in the last few years, and the transformation isn't done just yet.

"I hope we can continue to surprise," Bisienere said. 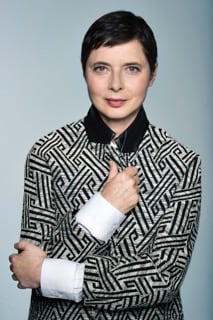