"Disney Music Review" is a new feature that we are going to try to do on a regular basis here on Sorcerer Radio.  We will be reviewing Disney themed albums that you can easily get your hands on and add to your Disney music collection.

In this first installation, we will be reviewing the album "We Love Disney".  This album was released by Verve Studios and it is a compilation of various popular artists doing their rendition of some Disney classic tunes.  You can sample the music and purchase individual songs or the entire album using the link on the right.

Below is a listing of the music.

While this may be an unpopular album for Disney purists, the "We Love Disney" album does have its moments.  The typical flavor from Ne-Yo and Fall Out Boy is not really going to woo any new fans, but it's a nice treat to hear some singers break out of their pop/rock mold and take on these Disney classics.  One of my favorites is the Jessie J rendition of "Part of Your World".  Jessie J is not really known for her vocal chops, but she does a great job on this one.  Another great track off of this album is the Gwen Stefani take on "Rainbow Connection".  Recently, Gwen has done more to showcase her vocals in a non-ska/rock sound, and this one shows that she really is a true multi-genera vocal artist.

If I had to pick one song off of the album that is "the best" combination of pop artist meets Disney, it would have to be the "Colors of the Wind" rendition by Tori Kelly.  Honestly, it's almost unfair to the rest of the artists on this album.  Tori's vocals are so pure and clean that it almost makes it seem as though she could have done the original work for the film album and no-one would have even batted an eye.

As a Disney music fan, this album has its moments, but also misses the mark on a few songs.  That being said, I don't think it's a bad purchase or album to have in your collection.  Check out "We Love Disney" today and let us know what you think.

Sorcerer Radio Rating  (out of 5 mickeys) 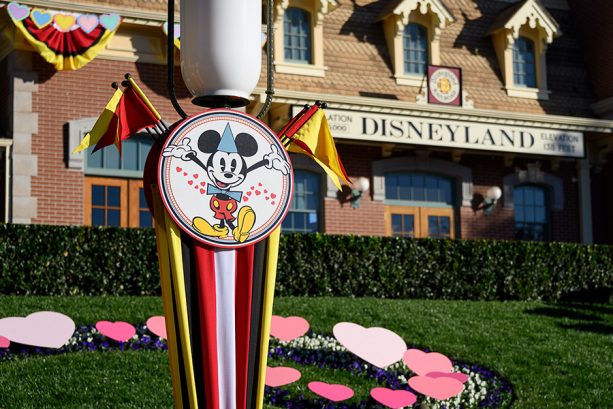 Share ‘Lovely’ Moments during Valentine’s Month at the Disneyland Resort